The system of presence detection is capable detecting objects within a predefined area, as well as tracking them to identify their trajectory

Presence Detection System for an elevator based on our 3D Ultrasonic Echolocation Sensor.

In this case, objects which enter an observed scene in front of an elevator are tracked in real-time to stop elevator doors from closing too early

Keep in mind that our sensor system is in early prototype status.

The System we use

3D Ultrasonic Echolocation Sensors work by combining the time-of-flight principle of conventional ultrasonic sensors with triangulation and advanced signal processing algorithms. Therefore the sensor can locate objects in three-dimensional space and distinguish between multiple objects in a single scan. 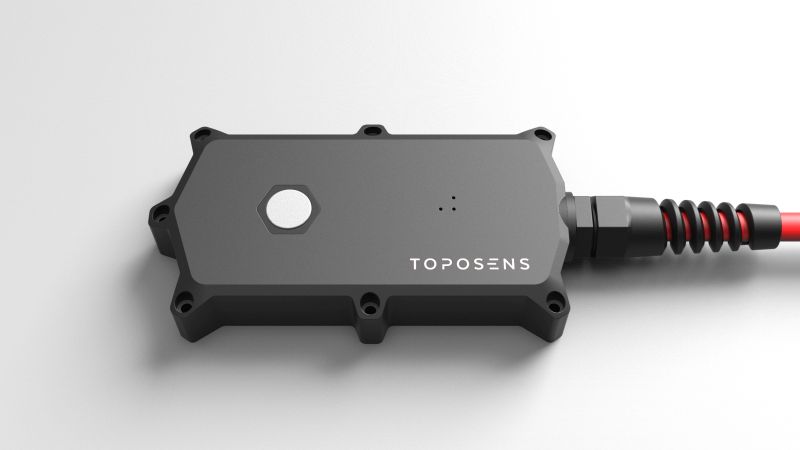 The detection and tracking of moving objects within an area of interest could enable elevators to detect approaching people and therefore stop the elevator doors from closing too early while ignoring people not walking towards the elevator.

The system is capable of detecting objects within a predefined area, as well as tracking them to identify their trajectory. This enables the prediction of the path the object will take and enhances the reliability of the detection.

Through the clustering of our pointcloud data, new objects which entered an observed scene were tracked in real-time. The trajectory of these tracks allowed us to infer whether the objects were likely to enter a particular area of interest in the observed scene.

For this use case, our standard hardware and ROS drivers were used along with two new ROS nodes which performed the clustering and tracking of the objects. In the future, this functionality could possibly be implemented within the sensor itself.

Features of the System

Clustering and predefining of an observed scene

Features of the System

Want to find out more?

Receive monthly updates of our 3D
sensor technology in our TopoNews.

Follow us on LinkedIn for the latest news! You'll read it on there first.

Receive monthly updates of our 3D sensor technology in our TopoNews.

Follow us on LinkedIn for the latest news! You'll read it on there first.

Manufacturers of the world’s first and only 3D Ultrasonic Sensing Technology for advanced 3D Collision Avoidance, based on the bionic principle of echolocation and integrable as well as retrofittable in a wide variety of applications within the robotics and automotive industry.

Linkedin Youtube Facebook Twitter Xing
Manage Cookie Consent
In order to provide you with an optimal experience, we use technologies such as cookies to store and/or access device information. If you consent to these technologies, we may process data such as browsing behavior or unique IDs on this website. If you do not give or withdraw your consent, certain features and functions may be affected.